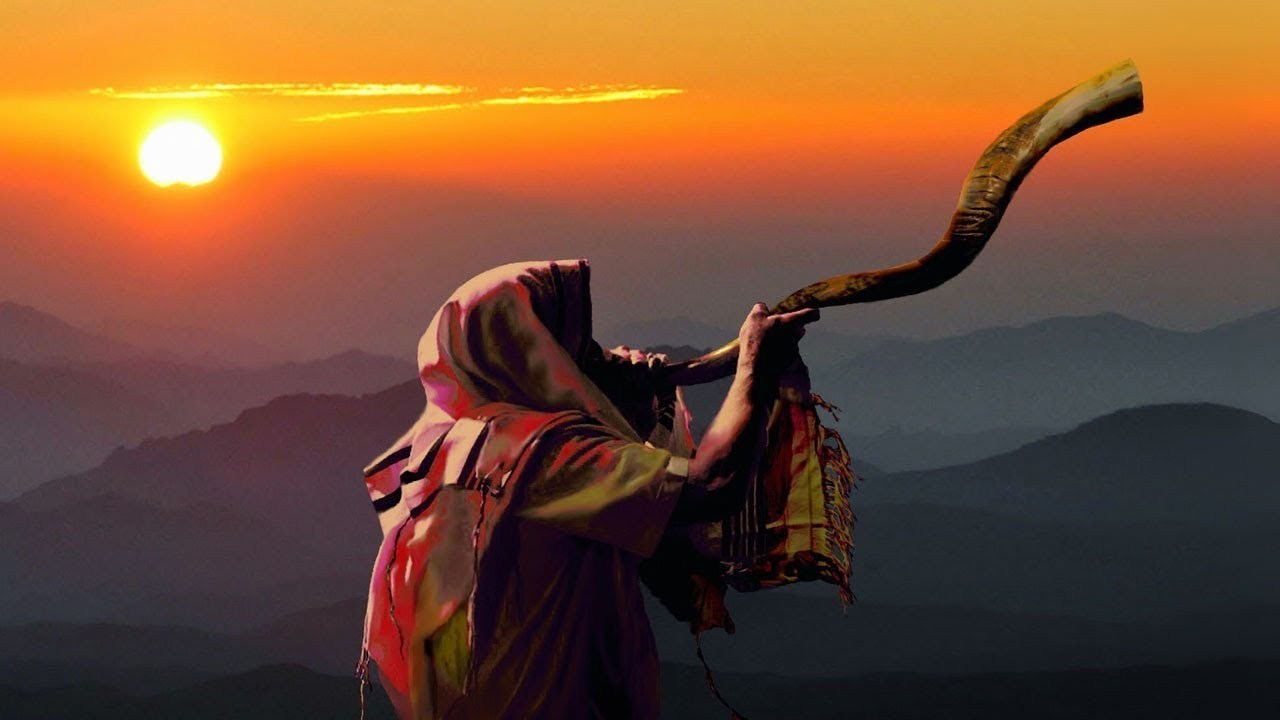 FEAST OF TRUMPETS: WHAT DOES IT TEACH?

“Blow ye the trumpet in Zion, and sound an alarm in My holy mountain: let all the inhabitants of the land tremble: for the day of YAHWEH cometh, for it is nigh at hand [Joel 2:1]”

In the Calendar of our Heavenly FATHER, this past Monday 10th September 2018 was the first day of the Seventh Month, a new moon, that we are commanded to keep  the Feast of Trumpets.  This day is a Sabbath day, a day of holy convocation. Yahweh’s trumpets warn people about impending danger or kingly coronation. The Feast of Trumpets goes with ‘blowing of trumpet’ (Joel 2:1) because:

(1) devastating war is imminent; and/or

(2) a powerful KING is about to be enthroned.

CONGRATULATIONS if you partook in this awesome celebration, as all Israelites of Yahweh, all over the world, rejoice before their Heavenly FATHER. 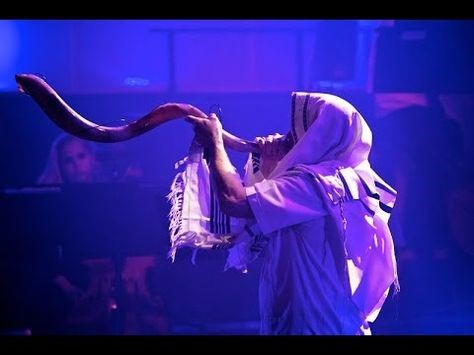 The first three feast observances – Passover, Unleavened Bread, and Pentecost – come in the Spring. They picture the firstfruits harvest [saints now being harvested that will reign with Yahshua during 1,000 years of millennium].They are called now to take hold of the COVENANT and to eventually rule in the family of Yahweh at Yahshua’s return (Revelation 1:6; 5:10; 20:6). The last four Holy Days [Trumpet, Atonement, Tabernacles, and Last Great Day] show Yahweh’s plan for the rest of the world at the general harvest of souls [millennium reign harvest of souls]. These last four holy feasts or festivals are observed in the Fall. The Fall festivals begin with the Feast of Trumpets. Leviticus 23:24-25 commands this Feast:

The Jews call this day [Feast of Trumpet], Rosh Hashana, the New Year. The Bible says it is not the first month but the seventh. The number seven is Yahweh’s special number signifying completion and perfection. The seventh month marks the final phase or completion of Yahweh’s Plan of Salvation. 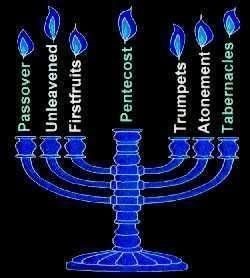 BITTER WAR IS COMING: Feast of Trumpet is design to sound warning on impending doom this age must experience during Great Tribulation and the Wrath of Yahweh. The times ahead will be swept with major bitter war the world have never known. The reason being that mankind walked away from Yahweh’s way of life – the way of His Commandments, as a result, bitter punishment will follow them. 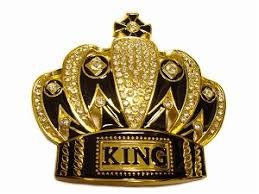 KING OF KINGS RETURNS: After the rebelling mankind have served their due punishments, KING Yahshua will return with a sound of trumpets to establish His Kingdom on Earth. Joel chapter 2 gave a vivid account of most of what will happen, just as foretold by Yahshua (Matthew 24; Mark 13, and Luke 21). Utter gloominess and thick darkness is coming. The signs of the end of this age are everywhere already. In the Feast of Trumpets, we learn about the trouble that is looming, and the kind of characters we must put on now, plus Holy Spirit teaching us on how to overcome the thick dark days ahead. We are warned to watch and pray; endure to the end and overcome, so that we may be able to stand before the Son of Man (Yahshua) as He returns to rule the Earth with His saints (Luke 21:36; Revelation 5:10; 20:6). 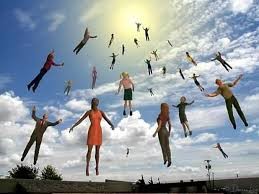 No Rapture! They inherited a lie which never profited them (Jeremiah 16:19)

Do not be deceived, nothing like Rapture is coming. You have been taught that the saints will be taken into heaven while the trouble lasts on earth.  No! The Bible clearly teach that the saints of Yahshua will witness the great tribulation and overcome it, and He will gather His people to the Land of Promise.  If the Church were asked to overcome (Revelation chapters 2 and 3) the trouble that is coming, why do people still indulge in vain ‘rapture’ theory filled with lies. The Churches were admonished to REPENT, endure and overcome. Overcome what? Great Tribulation ofcourse! 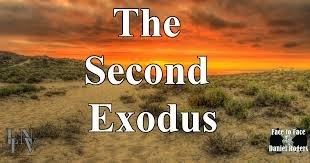 According to prophecies (Isaiah 10; 11 and Revelation 9), after the Assyrian beast and armies would have destroyed billions of mankind, the remnant of Israel (i.e. Israel, Judah and Church) will be gathered from the four corners of the world and the second exodus will begin. Second exodus is coming because the scattered Israelites will be gathered back into their Land.  The saying that Joshua did not give them REST, will now be fulfilled in Yahshua, Who is coming back to give His people that REST.

In the same way Israelites were preached the good news, and they rebelled, we also are today being preached the same good news of the Kingdom of Yahweh. Unfortunately, many have rejected His MESSAGE, His Commandments, and have fallen short of it. Yahweh swore that He will cast them out as He did to Israel, and they will never enter His rest (i.e. disobedient Israel, Judah and Church). His people rejected Him for Baal or idol; they rejected His Name, and called Him Baal (Jeremiah 2:11-13; 23:26), and He cursed their Priests (Pastors) with a curse (Malachi 2:2-4) because they led the people to Baal worship. 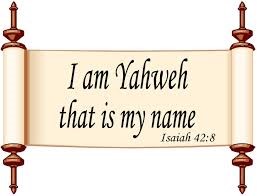 Israel rejected His Name, Yahweh (Isaiah 42:8), and the Name of His Son, Yahshua, thus they broke His third commandment that says, “You shall not take the name of Yahweh your Elohim in vain. Instead of Yahweh, they called Him ‘the Lord’ or ‘God’, thus making His Name vain (meaning: nothing, compare with Matthew 15:8-9]. Apart from breaking the first, second and third commandments, they also destroyed the fourth commandments of Sabbaths (weekly Sabbath rest and annual Sabbath Feasts or Festivals). In all, His Commandments which depict LOVE has been destroyed by today’s Church, just as Israel believed a lie, and forsook Him, resulting to their being slaughtered and dispersed all over the world till today.

In this last days, at the sound of the last trumpet, Yahshua will personally return to gather the remnant of Israel and the Church that obediently received His message to give them that REST (Eternal Life in the PROMISE LAND), which Joshua could not give them (verse 8). 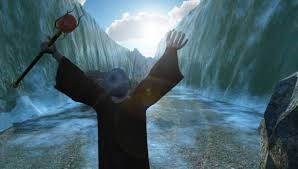 To achieve the above as the prophets reported, the Sea of Egypt will be dried up as a gateway for people of Yahshua returning from Africa to pass through to the Promised Land. Nations that will try to stop them will be crushed. A second expressway will be created by Yahshua with a scorching wind that will sweep the mighty River [Euphrates] for those returning from Asia/Far East to pass through into the Promised Land. Yet, a third way/route will be opened for the remnants of His people returning from Europe/Assyria to enter the Land of their Father. Hear this: “Yahweh will dry up the gulf of the Egyptian sea; with a scorching wind He will sweep His hand over the Euphrates River.  He will break it up into seven streams so that anyone [His people] can cross over in sandals. There will be a highway for the remnant of His people that is left from Assyria, as there was for Israel when they came up from Egypt” (Isaiah 11:15-16; Matthew 24:30-31).  Yes, you heard correctly, just as Israel was gathered out of Egypt in the days of Moses, so will Yahshua gather His people from the four corners of the earth into the Land of Israel and they shall be ONE nation. Therefore, watch and pray always:

From Pentecost celebration to Feast of Trumpet there is four months of silence. Suddenly the silence is broken by the blowing of Trumpets – an announcement of something serious that is about to happen (the world plunging into Great Tribulation). In Revelation 8:7 through 11:15 the angels sound seven Trumpets, each announcing a plague or dramatic occurrence preceding the return of Yahshua the Messiah. Many of these plagues are similar to what the Egyptians faced in Moses’ days because they would not obey Yahweh’s voice. Egypt experienced 10 plagues, the world of today will receive 7 devastating plagues. 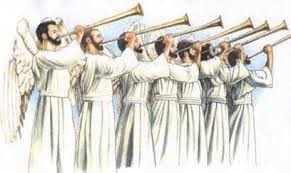 The final trumpet announces the victory of Yahweh and His Messiah over the kingdoms of this world (Rev. 11:15). Yahshua will return at the sound of a trumpet (1 Thess. 4:16). And at the trumpet blast Yahshua’s angels will gather His people from one end of the earth to the other (Matt. 24:31).

Be wise! To be forewarned, is to be forearmed!! Prepare to escape, because what you are hearing here may be the last warning. The great works that Yahweh did among mankind on earth were done on His Feast Days. For instance, Yahweh brought Israel out of Egypt during the Feasts of Passover and Unleavened Bread; Yahshua was crucified during the Feast of Passover; and He commands His Assembly to keep Passover Feast till He returns; Yahshua rose from the dead at the end of the Feast of Unleavened Bread. Yahweh sent us Holy Spirit during the Feast of Pentecost; Israel won battles at the sound of Trumpets; at the last sound of Trumpet, Yahshua will return to gather His people (Matthew 24:31), etc. The people of Yahweh are expectant that Yahshua Messiah will be returning at the blowing of the last Trumpet, because there will be war to win for His people on Earth. Therefore, blowing of the final Trumpet is required for His return to conquer Satan and the wicked rulers of this world. He’ll at this trumpet blast set up His Kingdom on Earth. There is no reason to doubt that the return of the Saviour will also happen at a specially ordained time (Feast). The Feast Days are prophetic. You need to learn and understand them as Yahweh instructs!

A significant passage is found in Revelation 1:10, commonly misused to prove Sunday worship. By the way, Sunday worship is not commanded by the Father, nor the Son. As Sabbath is the SIGN or MARK of Yahweh (Exodus 31:13-17; Ezekiel 20:12,20). Satan choose Sunday as his own mark (beast mark).  Sunday fall to category of commandment or tradition of men (Matthew 15:2-9). Roman Catholic declares Sunday worship her tradition (see Book: “Babylon is Fallen” www.livingyahweh.com). People misunderstand: “I was in the Spirit on Yahweh’s [L-rd’s] day and heard behind me a great voice as of a trumpet” (Rev.1:10). What does “day of Yahweh” [L-rd’s day] mean? We see that on this day John heard a trumpet-like voice sounding an alarm [warning]. Zephaniah 1:14-16 describes Revelation 1:10 as a great and terrible day of Yahweh, a day of wrath, trouble, distress, darkness, and desolation. Similarly, Joel says that “the day of Yahweh” is near, and that trumpet should be blown in Zion, and alarm sounded in Yahweh’s holy mountain (nation), and that all the inhabitants of the land should tremble (Joel 2:1).  To those who love to believe a lie, this is not a happy Sunday! Yahshua never created the first day, Sunday, as a day of worship. It’s the beast’s deception!

Only Yahweh knows when Yahshua will return (Matt. 24:36).  Yahshua tells us to watch (verse 42), and be ready. One way we do that is by observing all His commandments and Feasts, including the Feast of Trumpets, a memorial of triumph for the soon coming Yahshua Messiah!  Believe Yahweh, Believe also His Son Yahshua. Our generation have inherited lies. Search the Scriptures and believe the TRUTH therein (2 Thessalonians 2:10-12). Soon, people will realise, they inherited nothing but lies. Do not be part of those who will cry had I known! Follow Yahshua’s commandments and His example and live.

This time they will know they’ve inherited nothing but lies (Jeremiah 16:19)

MAY YAHWEH BLESS YOU AS YOU PREPARE FOR THE LAST THREE FEASTS: ATONEMENT, TABERNACLES and LAST GREAT DAY FROM SEPTEMBER 19th, and 24-31, and 1st of OCTOBER, respectively.