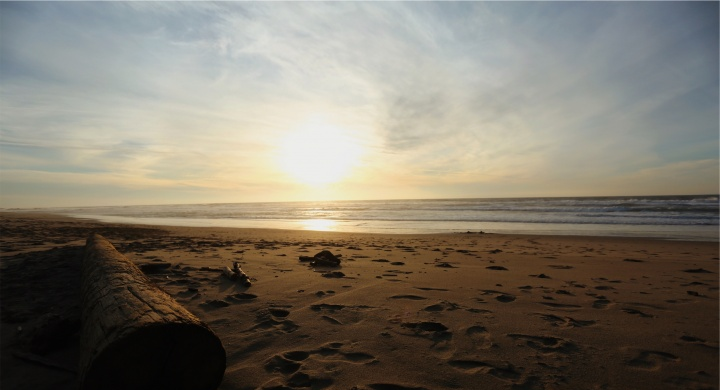 Why Would the Apostle to the Gentiles Keep the “Jewish” Holy Days?

The knowledge and understanding derived from the Holy Days brings joy for the present and inspiration for the future.  What was Paul’s relationship to the biblical Holy Days? Did he ignore them or keep them? Did he trash them or teach others to keep them? Let’s carefully examine the scriptural record and consider the conclusions of renowned Bible scholars.

Paul details his strict Pharisee background in his “defense” to the Jerusalem mob (Acts 22:3). In Philippians 3, Paul renounced his self-righteous past in his new quest “that I may know Him and the power of His resurrection” (Philippians 3:10). Rather than dwelling on the past, he stated his focus as “reaching forward to those things which are ahead” (Philippians 3:13).

Does this mean he totally “dumped” the law when he became a follower of Yahshua? Was there any place in his new life in Messiah for the Sabbath, Holy Days or other “Jewish” customs?  Some of Paul’s contemporaries accused him of teaching Jews to “forsake Moses” (Acts 21:20-21). At the advice of James and other elders, he performed the ritual of purification along with four other men who had taken a vow, to prove that he still kept the law (Acts 21:22-24).  David Stern analyzes the theological implications of this account:

“In spite of the arguments of v. 21…confirming Sha’ul’s [Paul’s] loyalty to Judaism and the Torah, many Christians suppose that when Sha’ul came to faith in Yahshua [Jesus] he stopped being Jewish, stopped observing the Law and began teaching other Jewish believers to do likewise. But those who hold this mistaken opinion have a serious problem with the ethics of these verses.

“If Sha’ul was not really Torah-observant, if he really did teach the Jews in the Diaspora not to have their children circumcised and not to follow the traditions, than [sic] he and Ya’akov [James] are exposed orchestrating a charade to deceive the Jewish believers zealous for the Torah into discounting the truth they had been told and believing a lie instead. Nothing in the whole New Testament justifies this understanding of how Ya’akov, Sha’ul or any other believer functioned” (Jewish New Testament Commentary, p. 304) .

Paul’s Attitude Toward The Holy Days

Perhaps Paul’s commitment toward the Holy Days could best be summed up in a quote from Acts 18:21: “I must by all means keep this coming feast in Jerusalem.”  Some question whether this verse is valid because it is not found in some texts. (Could the omission be because it offers such strong support for the validity of Holy Days?).

However, no one questions the validity of Acts 20:16, which mentions Paul’s determination to be in Jerusalem for Pentecost.  He had intended to be there for Passover and the Days of Unleavened Bread, but circumstances required him to keep them locally (Acts 20:1-6). That made him even more determined to be in Jerusalem for the next Holy Day—the Day of Pentecost.  The Expositor’s Bible Commentary candidly admits, “Having been unable to get to Jerusalem for Passover, Paul remained at Philippi to celebrate it and the week-long Feast of Unleavened Bread” (Vol. 9, p. 507).

Acts 15 is often cited to support the claim that gentiles are exempt from the law. However, circumcision and purification of new gentile converts was the issue in Acts 15, not the entirety of the law.

Did Paul teach gentiles to observe the Holy Days?

Paul wrote the letter that we know as 1 Corinthians to the predominately gentile church at Corinth during the Days of Unleavened Bread. Most scholars agree upon this fact because of the internal evidence, especially chapter 5, where Paul uses the analogy of leaven to make important spiritual points about sin.

Analogies and metaphors are effective only if the audience is familiar with the illustration. Paul’s mention of leaven without explanation clearly implies the congregation understood the process of putting out leavening during the Days of Unleavened Bread.

In their classic work The Life and Epistles of St. Paul, Conybeare and Howson conclude:

“There seems no difficulty in supposing that the Gentile Christians joined with the Jewish Christians in celebrating the Paschal feast after the Jewish manner, at least to the extent of abstaining from leaven at the love feasts. And we see that Paul still observed the ‘days of unleavened bread’ at this period of his life” (p. 390).

Paul also gives a command regarding the correct manner of keeping the Feast: “Let us keep the feast [of Unleavened Bread], not with old leaven, nor with the leaven of malice and wickedness, but with the unleavened bread of sincerity and truth” (1 Corinthians 5:8).

The construction of the Greek verb translated “let us keep the feast” is called horatory subjunctive, which “is commonly used to exhort or command oneself and one’s associates. This use of the subjunctive is used ‘to urge someone to unite with the speaker in a course of action upon which he has already decided’” (Daniel B. Wallace, Greek Grammar Beyond the Basics, p. 464).

Some go to great lengths to attempt to sidestep this clear command to “keep the feast” by alleging that the expression is in some way figurative, since he uses other figurative language in this section of Scripture. But the reason he gives to “keep the Feast” is because “[Messiah] our Passover was sacrificed for us.”  [Messiah’s] sacrifice was a literal event; so is keeping the festival that relates to His sacrifice. And a cardinal rule of interpreting the Bible is to prefer “the simple, obvious meaning” ( Edward W. Goodrick, Do It Yourself Hebrew and Greek, p. 12:1 ).

“I question the common assumption that Sha’ul’s Passover language here is entirely figurative. I see no compelling reason in the context to excise the plain sense…from the phrase, ‘Let us celebrate the Seder.’ Instead, it seems the early believers, Gentiles included, observed the Jewish feast of Pesach…Evidently the Corinthian congregation observed Passover without supposing that, as many of today’s Christians might think, they were ‘going back under the Law’” (Jewish New Testament Commentary, p. 447) .

What about the other festivals?

What about the other festivals listed in Leviticus 23? Did Paul observe only those mentioned in the New Testament?

A similar line of reasoning asserts that only the commandments repeated in the New Testament are still valid. This careless assumption is based on an “argument from silence.” Do widely known and practiced truths need to be repeated? Stern asserts, “The New Testament does not repeat truths already evident from the Tanakh [Old Testament]; it assumes them. Sha’ul assumed them, too” (Jewish New Testament Commentary, p. 303).

Questions for the critics

The evidence of the scriptural record leaves two basic questions for those who consider the Holy Days obsolete.

Galatians 4:10 and Colossians 2:16-17 are the main “proof texts” cited as evidence that Paul taught against the Holy Days. The following quotation reflects the position of mainstream Protestantism on the subject of the Holy Days:

“Out of the total list of Israel’s Elohim-given festivals, some are noted in the NT as still celebrated by early Christians (cf. Acts 20:16); but the Sabbath and the Passover have now become, respectively, the Master’s Day and the Master’s Supper, and have been explicitly continued with moral, sacramental and typological force (Hebrews 4:9; Acts 20:7; Matthew 26:26-28). Otherwise, however, the Hebrew feasts, including the seventh day Sabbath, have been fulfilled in [Messiah] and have been abrogated as far as their present observance is concerned (Galatians 4:10f.; Colossians 2:16f.)” (International Standard Bible Encyclopedia, Revised Edition, article “Feasts,” p. 295 ).

A detailed explanation of these texts is beyond the scope of this article. For a detailed, scholarly treatment of these passages, see “Pagan and Judeo-Christian Time-Keeping Schemes in Gal 4.10 and Col 2.16” by Troy Martin (New Testament Studies, Vol. 42, 1996, pp. 105-118).

In Colossians 2:16-17 Paul upholds the Holy Days as “a shadow of things to come.” In Galatians 4:10 he condemns pagan, astrological superstitions, which are also condemned in the Torah (Deuteronomy 18:10-14).

How and when Holy Day observance was discontinued in Christianity

We have seen that Paul and the apostolic Assembly observed the Holy Days of the Bible. Why and when were these observances discontinued? How did Easter, Christmas and other contemporary religious holidays begin? The record is clearly documented by church historians.

The New Testament reveals that Yahshua, Paul and the apostolic Church kept the Passover and Days of Unleavened Bread, not Easter.

According to Encyclopaedia Britannica, “There is no trace of the celebration of Easter as a Christian festival in the New Testament or the writings of the apostolic fathers…The first Christians…continued to observe the Jewish festivals…as commemorations of events of which these had been the shadows. The Passover, ennobled by the thought of Messiah the Paschal Lamb, continued to be celebrated…, and became the Christian Easter” (Ninth Edition, article “Easter”).

The motivating force behind the changeover was a fierce determination to distance Christianity from Judaism. Philip Schaff explains, “There was a disposition to disparage the Jewish law in the zeal to prove the independent originality of Christian institutions. The same polemic interest against Judaism ruled in the paschal controversies and made the Christian Easter a moveable feast” (History of the Christian Church by Philip Schaff, Vol. 2, pp. 202-203).

The Bible establishes the date of Passover as the 14th of Nisan. Early Christians continued this observation as a memorial of Messiah’s death. Others (especially non-Jews) began celebrating the festival on Sunday in honor of Messiah’s resurrection. The bitter controversy that erupted led to a decision by Constantine requiring all Christians to adopt the same day.

Church historian Philip Schaff points out, “The feast of the resurrection was thenceforth required to be celebrated everywhere on a Sunday, and never on the day of the Jewish Passover…The leading motive for this regulation was opposition to Judaism” (History of the Christian Church, Vol. 3, p. 405).

Constantine’s letter is filled with harsh invectives. Schaff notes, “This bitter tone against Judaism runs through the whole letter.”

The Council of Nicaea became a watershed mark in church history. Those who continued observing the Passover on the 14th of Nisan, the seventh-day Sabbath and other “Jewish” laws were branded as heretics.

The biblical “Passover” was changed to “Easter,” the name of the Teutonic goddess of spring. The Passover lamb was replaced with Easter ham—an affront to Jews because it is biblically forbidden as “unclean” (Leviticus 11:1-7; Deuteronomy 14:8). Searching for and removing leavening from homes (Exodus 12:15) ceased, and Easter egg hunts began. The evening Passover service gave way to an Easter sunrise service.

Over the centuries, Easter has become enshrined as an almost universally observed Christian tradition.

The replacement of biblical injunctions with customs from other religions is seldom questioned today.

We would be well advised to reconsider the biblical instructions regarding Passover and the Holy Days [Yahweh] established. Paul tell us that these festivals offer “a shadow of things to come” in [Yahweh’s] plan of redemption (Colossians 2:16-17). Consider the sage advice of Will Rogers: “Never tear down a fence until you find out why it was built.”

How you can find out more

The fact that you have read this article indicates that you do not want to continue to be a victim of this massive loss of truth. There is so much more to learn! The excitement parallels that of finding lost treasure. The knowledge and understanding derived from the Holy Days brings joy for the present and inspiration for the future.

Members of Yahweh’s Assembly keep the Passover for the same reasons Paul gives for what many call “the Master’s Supper,” “in remembrance of” the death of our Master and Savior, Messiah (1 Corinthians 11:25-26).

We believe that Yahweh’s festivals foreshadow events in Yahweh’s plan. That’s part of the reason we keep the Holy Days. So did Yahshua Messiah, the apostle Paul and the early Church.

Sacred Names of Yahweh and Yahshua applies throughout.